Singapore offshore company registration gives you access to a tax system that promotes international trade, since  profits generated outside the territory are exempt from taxes. In other cases, corporate income tax is 0% for the first 100 K, 8.5% for the next 200K and 17% for the rest.

The most common type of company in Singapore is the private company limited by shares, recognisable by the suffix “Pte Ltd”. This is the equivalent of the Spanish ‘sociedad limitada’ (SL) or limited liability company.

Singapore is a sovereign island nation of Asia, made up of sixty-three islands, and whose form of government is the parliamentary republic. Its territory is divided into five community development councils. Its capital is Singapore City, which is why Singapore is considered a city-state. Singapore lies to the south of the state of Johor in Peninsular Malaysia, and to the north of Indonesia’s Riau Islands from which it is separated by the Singapore Strait.

Singapore is the smallest country in Southeast Asia. Its territory has expanded consistently  via a process of land reclamation.

Singapore, along with South Korea, Taiwan and Hong Kong, is one of the four Asian ‘dragons’, so-called as these countries have been experiencing robust economic growth since the 1980s. It has a prosperous and modern economy, characterised by an open and corruption-free environment, stable prices and one of the highest GDPs per capita in the world

A Singapore offshore company is suitable for international trade worldwide and financial corporations.

A company incorporated in Singapore can be used as a holding company, for electronic commerce, as a service company or payment institution, and it can also separate and protect its property and assets. 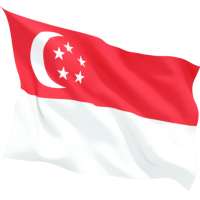