Setting up an offshore company in Scotland offers several benefits to new entrepreneurs who want to benefit from income tax exemption.

In the UK, there are different types of companies, one of which is a Scottish Limited Partnership (SLP), comparable to a limited liability company.

Setting up your offshore company as a Scotland LP means you will be exempt from UK corporation tax, as long as the company is not engaged in any commercial activity in the territory, and the company partners do not reside in the United Kingdom.

Scotland was a sovereign state until 1st May 1707, date on which the Act of Union with the Kingdom of England was signed creating the Kingdom of Great Britain. Occupying the north of Great Britain, Scotland has a set of small archipelagos including the Hebrides, Orkney or Shetland Isles. It is also one of the six Celtic nations.

Edinburgh is its capital, while Glasgow is the largest and most populous city in Scotland.

Edinburgh is also the centre of finance in Scotland, and the sixth largest financial centre in Europe after London, Paris, Frankfurt, Zurich and Amsterdam.

Forming an offshore company in Scotland gives a great brand image, since Scotland is not generally thought of as a tax haven , but behaves as one for offshore companies comprising non-resident individuals and / or  companies.

A Scottish Limited partnership incorporation is ideal for:

No obligation to keep an accounting, but the annual financial report must be submitted

Information open to the public, unless the nominated services are used 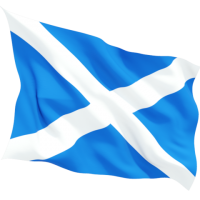