Mundo Offshore is your consulting firm of choice when forming a New Zealand offshore company.   We have a professional team of experts to create your company abroad. We support and inform you throughout the process of New Zealand company incorporation.

New Zealand has been classified as the easiest country in which to create a company; moreover it is not considered a tax haven.

Setting up an offshore company in New Zealand is relatively simple and can usually be completed in less than a week.

All companies resident in New Zealand are taxed at a standard rate of 28%, however, companies are exempt if they adopt the status of holding or trust or do not conduct any commercial activity within the territory.

New Zealand is a country in Oceania, in the southwest of the Pacific Ocean, consisting of two main islands (North Island and South Island), and many much smaller islands, including Stewart Island and The Chatham Islands. Located about 2,000 km from Australia, from which it is separated by the Tasman Sea, New Zealand is geographically highly isolated.

New Zealand has been a parliamentary monarchy since independence, and is a member of the Commonwealth of Nations.

An offshore company formation in New Zealand is suitable for forex on behalf of third parties, upon obtaining the FSP (Financial Services Provider) license, commonly know as brokerage license.

A New Zealand offshore company can act as a Trust or holding company, separating and protecting its assets, and as an online bank with all the functions of issuing debit / credit cards, opening a bank account in the name of third parties, issuing letters of credit, etc.

Monthly accountancy is not required, but the annual return is an obligation. 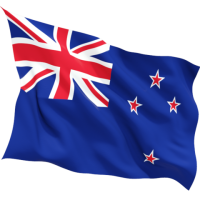