The most common way to form an offshore company in Estonia is with the ‘Osauhing’ (limited liability company).

The Estonia offshore company allows you to benefit from the lowest taxes in Europe: corporation tax is 0% (as long as there is no dividend distribution, otherwise it is 20% on dividends).

Moreover, the incorporation of a company in Estonia allows you to carry out certain activities that are highly regulated within the European Union and can only be carried out with a license.

An offshore company in Estonia can act as a Holding company with many advantages, the most significant being the exemption from tax on dividends obtained from its subsidiaries.

Estonia is a country in northern Europe and a member state of the European Union. Estonia adopted the Euro on January 1, 2011.

Estonia’s population is 1.3 million, and the official language is Estonian, although Russian and English are widespread.

According to the Basel Index, Estonia is the second least corrupt country in the world. This, in addition with the fact that it is rated as highly cooperative by the OECD.

Estonia has an excellent reputation as a financial centre.

Most people do not know that Estonia is a tax haven, and those who do know don’t consider Estonian tax practices to be detrimental.

The incorporation of an offshore company in Estonia is suitable for international trade activities worldwide (sales of goods or services) and e-commerce or use it as a Holding company.

Licenses to carry out a regulated activity are easy and simple to obtain in Estonia, such as financial, cryptocurrency licenses or licenses from a financial institution (fintech).

A company incorporated in Estonia is an option for: 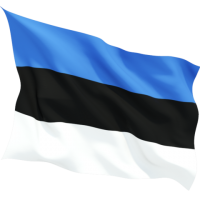