Belize offshore company formation is intended for people who practice Forex and Trading in a personal capacity.

It can also be used as a holding company, for the protection of heritage, and also for electronic commerce since lately PayPal has been made available to offshore companies created in Belize.

Belize, formerly called British Honduras, is an independent democratic State integrated into the Commonwealth. It is located on the Caribbean coast of Central America, bordering Mexico to the north, Guatemala to the south and west and the Caribbean sea to the east. A former British colony, it became independent in 1981 and since then has enjoyed a stable and democratic government.

Belize is currently considered an offshore financial centre due to its tax advantages for non-residents and the lack of taxes for companies domiciled in this jurisdiction.
Belize stands out as a jurisdiction for a wide range of activities, in particular those related to international trade and the creation of trusts, since its legislation favours the protection of wealth and affords a high level of banking secrecy for companies.

Offshore company in Belize is ideal for:

No corporate or income taxes

An offshore centre with financial and legal stability for investors 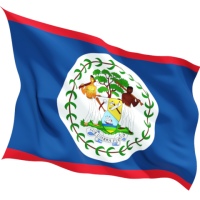